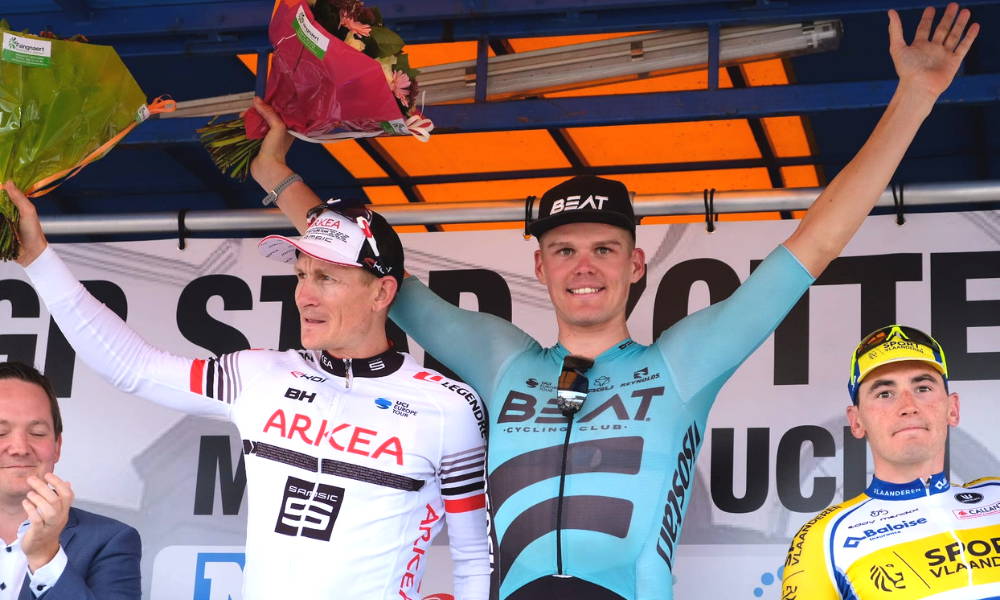 August 20, 2019 - In Zottegem, Belgium, Piotr Havik has won the first professional race of his career. This also means the first professional victory for the BEAT Cycling Club road team. After a tough race, Havik reached the finish line on his own, few seconds in front of Andre Greipel (Arkéa-Samsic) and the peloton. With this victory, Havik tops the successful season of the BEAT road team with the most important road victory in the history of the club.

The first kilometres of the race were extremely nervous, but all escapees were caught within the first 20 kilometres. A crash split the peloton into several pieces, which led to the formation of a 35 riders leading group. Piotr Havik represented BEAT in this group, which was led by the ProContinental teams Wanty-Groupe Gobert, Corendon-Circus and Israel Cycling Academy. André Greipel was another favourite present in the lead group.

In the final, the first attack was launched by Frederik Backaert (Wanty-Groupe Gobert), who was riding a home race. The Belgian rider quickly saw his attack come to an end. A more impressive attack was launched by Gianni Vermeersch (Corendon - Circus), Zak Dempster (Israel Cycling Academy) and Benoit Jarrier (Arkéa Samsic). On the cobbles, Benoit Jarrier quickly had to let go of his fellow escapees while Havik was torturing the members of the following group.

Just before the end of the cobble street, Havik managed to get away from his group. He quickly made the jump to the two remaining leaders. Vermeersch stuck to Havik’s wheel, but another attack by the dutchman, one kilometre away from the finish line, was too much for him. Havik flew through the final kilometre, straightened his jersey and raised his hands in the sky. Four seconds later, André Greipel passed the finish line second. 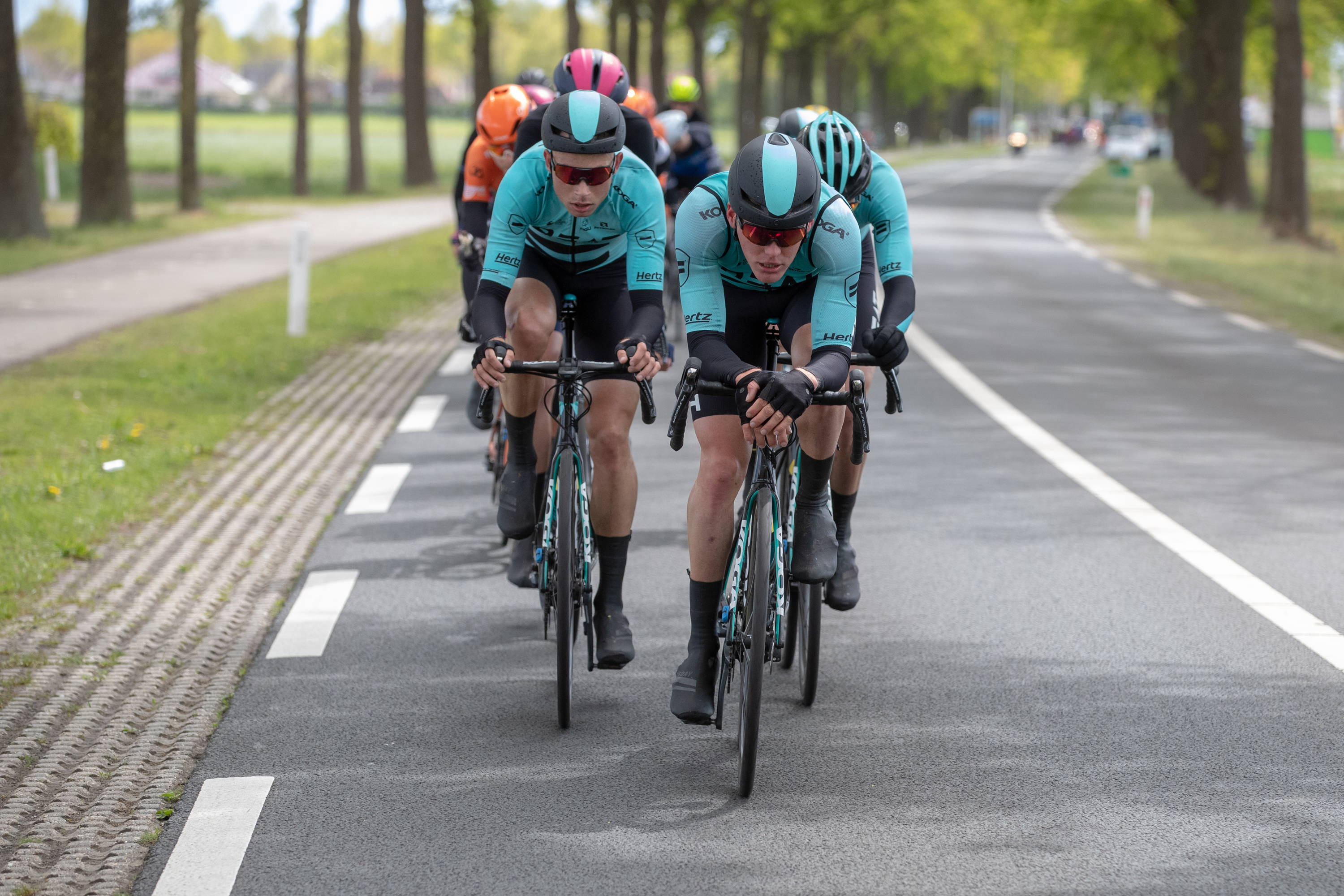 Piotr Havik’s reaction:
“The final cobble section caused immense chaos. Our luck was the fact that Greipel still was in the following group. Nobody dared to get us back if that meant that they would ride to the finish with him. Three years ago, I started riding for this team. I’ve always gotten the chance to slowly grow and improve as a rider. I’m very happy to now get the honor of celebrating the first 1.1 victory with BEAT Cycling Club.” 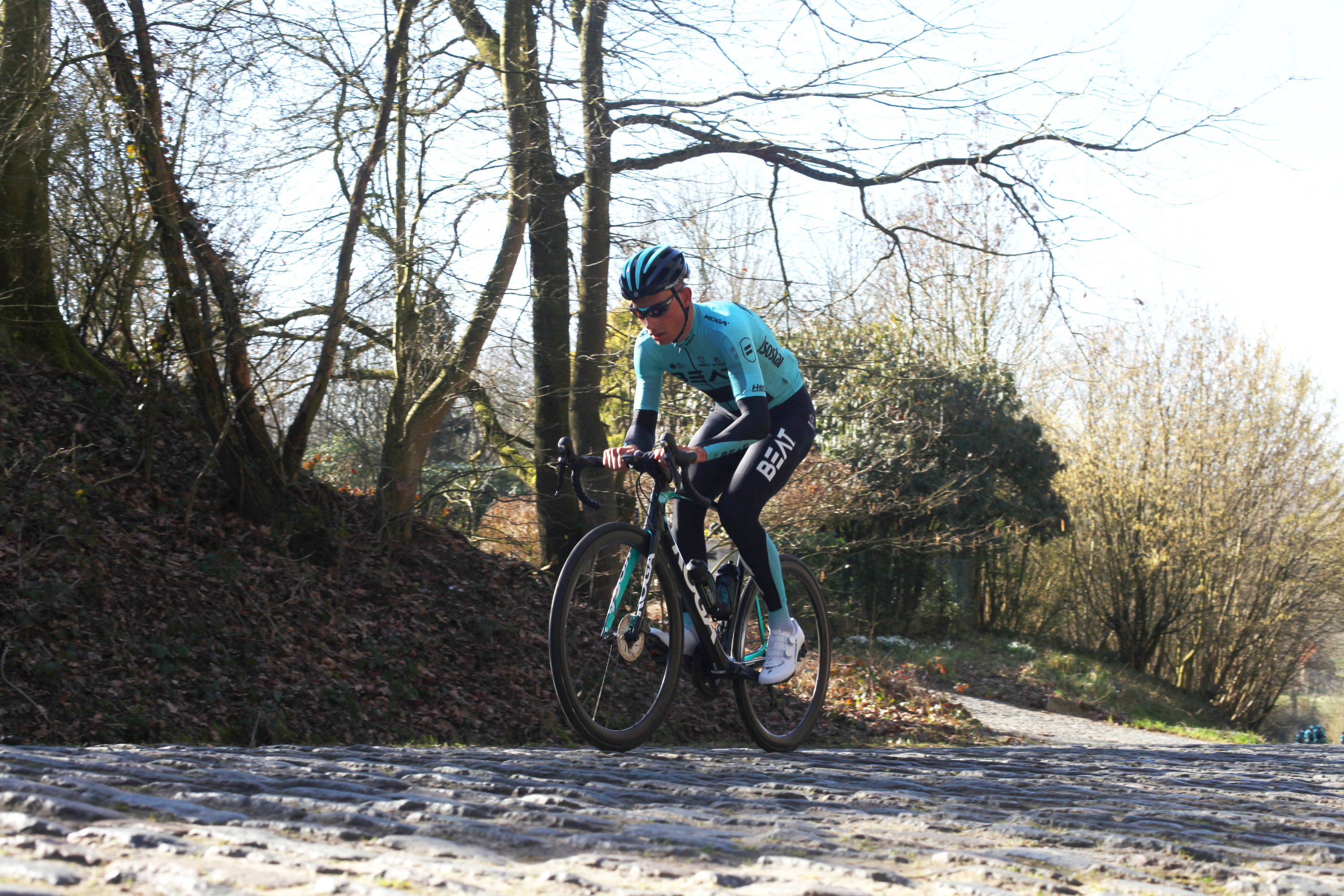 Perfect race
Egon van Kessel, sportive director in the race, tells us what he experienced today: “We rode a perfect race today, of course, because of Piotr’s amazing legs. I can think of all sorts of tactics, but in the end, the riders have to do the work. Piotr rode very smartly and patient. I did not think he would manage to lose Gianni Vermeersch in the end, but he did. That shows how strong Piotr is, and at what level he can ride.”