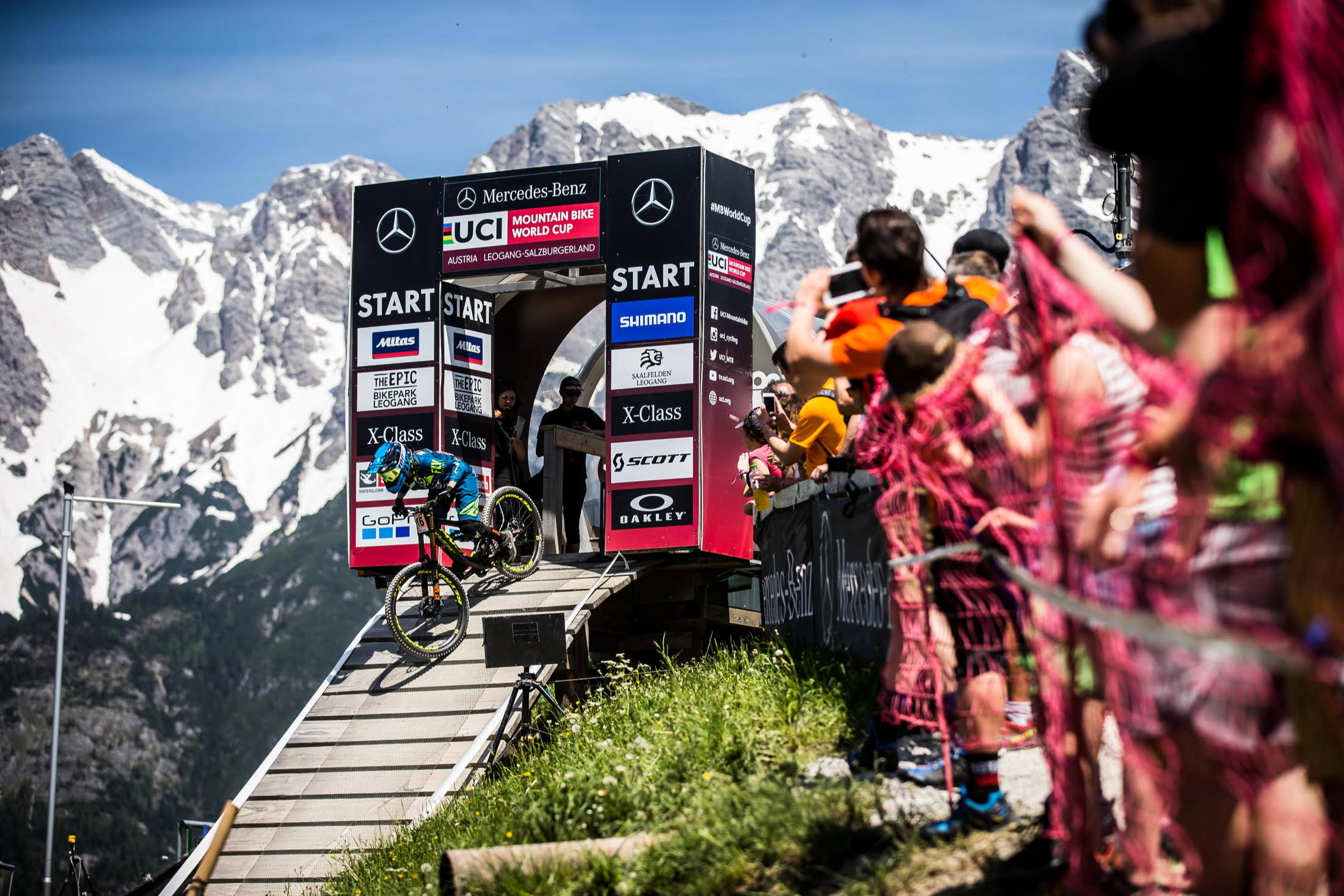 After a long drive from the Highlands in Scotland to the Austrian Alps, the team was greeted with blue skies and stunning views. Spirits were high in the pits after a successful weekend racing in Fort William and everyone enjoying riding the local bike park and trails before racing kicked off.

The track at Leogang often receives some stick from riders and fans for not being technical enough and too much like a bike park. Each year small changes add in more technical sections with 2019 being no different. Tape changes and some new tight corners slowed riders down and a significant tape change at the finish area saw riders hit a slower more technical line rather than a flat out drop into the finish area. The new sections were best summed up by Matt as “nibblie.”

A split line in the new steep, loamy section offered multiple line choices with two corners offering inside, middle and outside options. The track walk was spent looking at the new lines and puzzling to figure out the fastest way top to bottom. During the track walk, the mechanics were busy, the bikes were fully stripped down and cleaned, suspension serviced and new Maxxis tires were fitted. Everything was ready for racing. 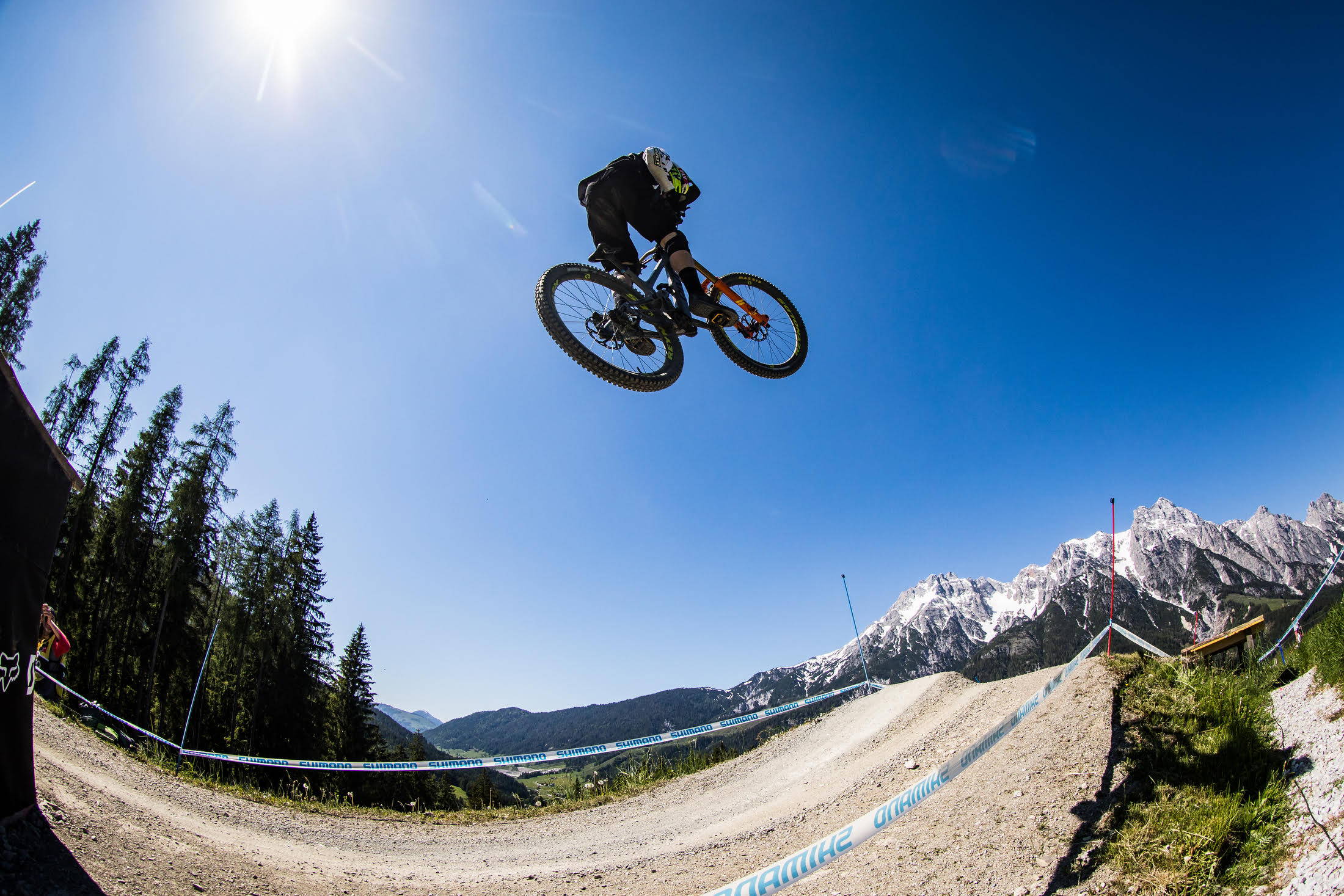 Emilie was still a bit sore after her spectacular crash in Fort William but she is made of tough stuff and was one of the first up the mountain on Friday morning for training. Riding the fresh track is often difficult as it takes time for lines to develop, ruts to form and rocks to be swept off. She was enjoying figuring out the new tight corners and how to keep speeds high.

Eddie and Bernard have finished within one position of each other at the first two rounds, being so close on times is a real benefit when training as a team. Following close and testing out different lines it’s easy to see where you gain or lose time on the other rider.

Matt prefers to work out lines on his own, taking time to watch other riders and see how the lines develop. With some fresh section on track he was in no rush to ride too much and tire himself out on a track that was changing and cutting up fast.

Timed training finished off the day and yet again Bernard was showing how quickly he gets up to race speed on tracks. Taking the fastest time of the day by over 1.5 seconds, while less than 1 seconds covered 3rd to 10th was some statement! 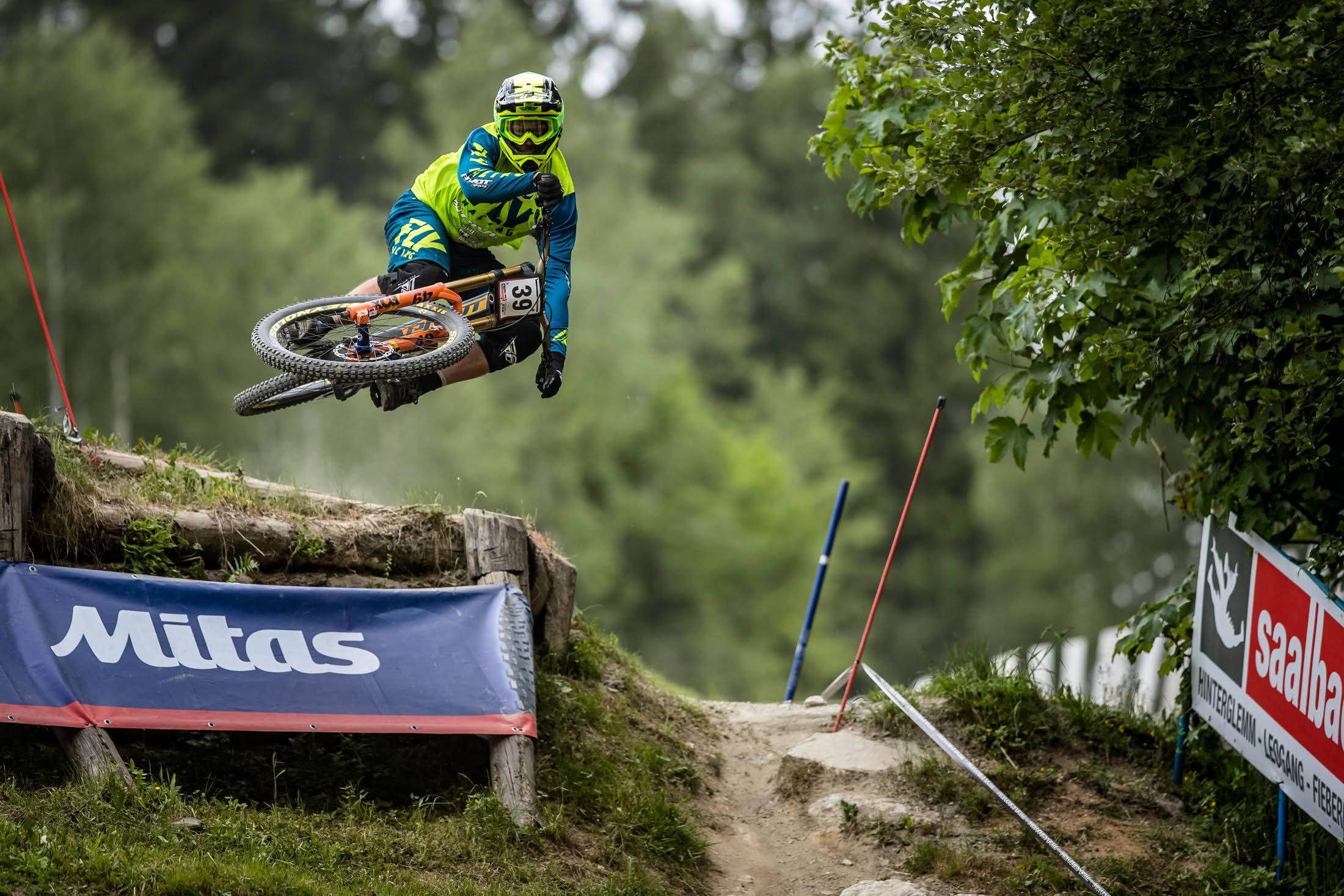 Emilie was showing a few signs of nerves before her qualifying run. Although the crash the previous weekend was playing on her mind, she was able to turn pressure into motivation and set off out the gate and straight into the off camber first turns. Playing the safe game Emilie didn’t take too many risks and qualified 10th and easily into the finals and ready to light it up.

Following a 15th place in timed training, Matt was eager to get stuck into qualifying. Setting fast split times he was on course for a top 20 qualifying when his front wheel pinged off a loose rock under heavy braking and spat him off line and directly into a tree. He managed to keep rolling but lost all of his speed and about 5 seconds. Matt was gutted to qualify in 71st and miss out on the final. With such tight times at Leogang one mistake is enough end a weekend early.

Eddie was proud to be running number 12 on his bike but more stoked on the protection and automatic qualification that come with it. Taking the pressure off in his qualifying run he was able to push hard in the technical sections. A small mistake before the fast motorway section saw him lose a few seconds but Eddie was happy to finish in 14th.

Bernard was also protected and letting the bike run, taking risks and getting off brakes he was hitting some good lines and carrying speed. Carrying so much speed he flat-landed one of the jumps on the motorway! Bernard crossed the line 0.03 seconds behind Eddie finishing in 14th and 15th, Eddie once again got the upper hand and, once again, we saw incredibly tight times. 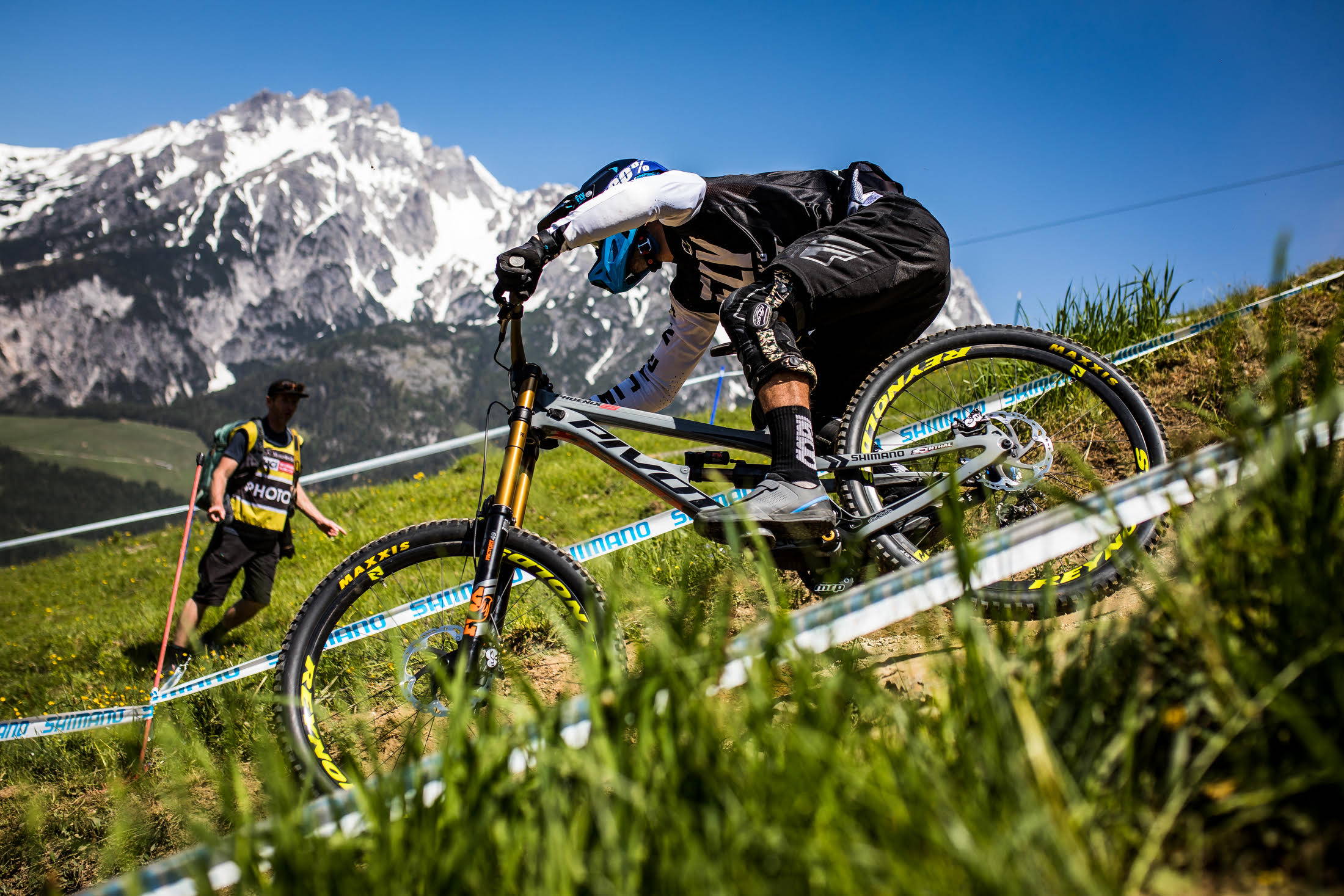 Finals day rolled round and another beautiful sunny day promised dry conditions and fast racing. Emilie was fired up and ready to lay down a fast run. Staying high and carrying speed through the tricky first corner she was green at splits one and two. Carrying good speed through the final steep loamy turns Emilie came into view of the crowd and crossed the line over 2.5 seconds faster than the current fastest time.

A solid run from Emilie saw her finish up in 8th place in a really tight and comparative race. She was happy to put down a good run following her crash and injury Emilie was getting back the speed she knew she had.

Bernard was fired up and felt a good result was on the cards after winning timed training. You could see the effort he was putting in by his body language on the bike as he set off from the start hut. Coming into view on the big screen something looked wrong, dust covering one side of him and low speeds showed he had crashed. A high-speed wash out in a berm left him winded and struggling to get going again.

Catching his breath, Bernard was then able to push on again and amazingly set the fastest split time through the “Roots of Asitz” section on the Red Bull live show.

Eddie was directly behind Bernard and looking quick. Fastest at split two, fastest at split three and tucking and down the motorway he was on a great run. Coming in to the final wooded section Eddies foot came unclipped, riding the whole section while trying to clip in cost him the smallest amount of time. With such tight racing the small mistake put Eddie into 7th but only 1.7 seconds behind the leader.

Finishing in 17th at the end of the weekend, Eddie was happy with the result despite a small mistake costing him.

An eventful weekend racing with highs and lows kept the team on their toes. Next up is a short drive down the road to Innsbruck for Crankworx with the riders competing in Downhill, Pumptrack, Dual Slalom and Whip off. 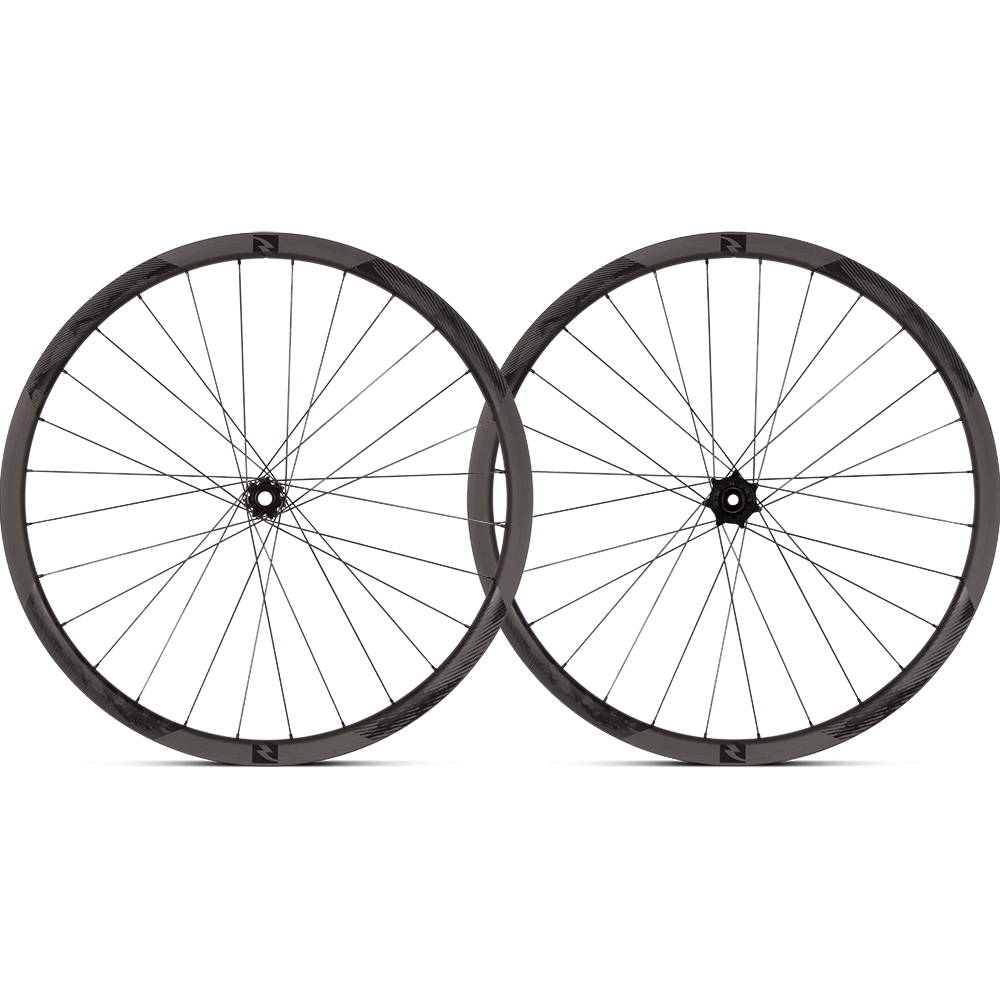 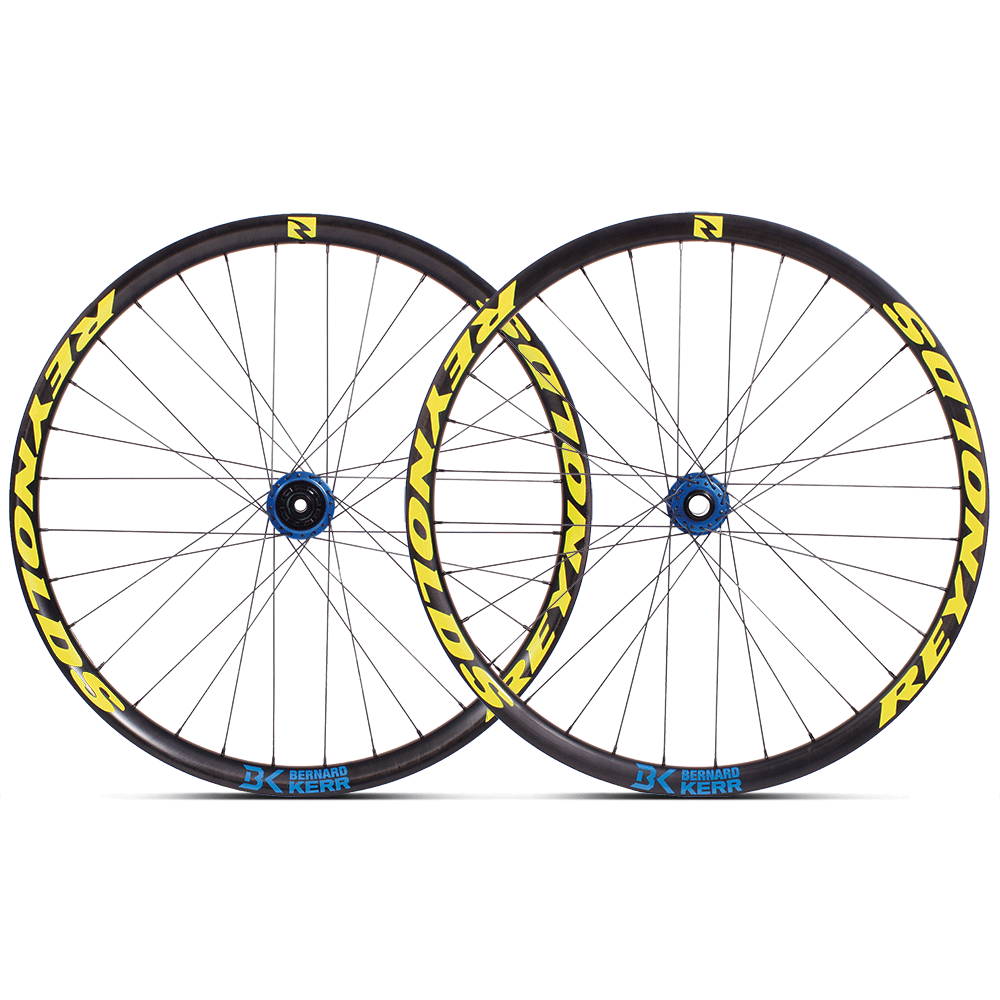 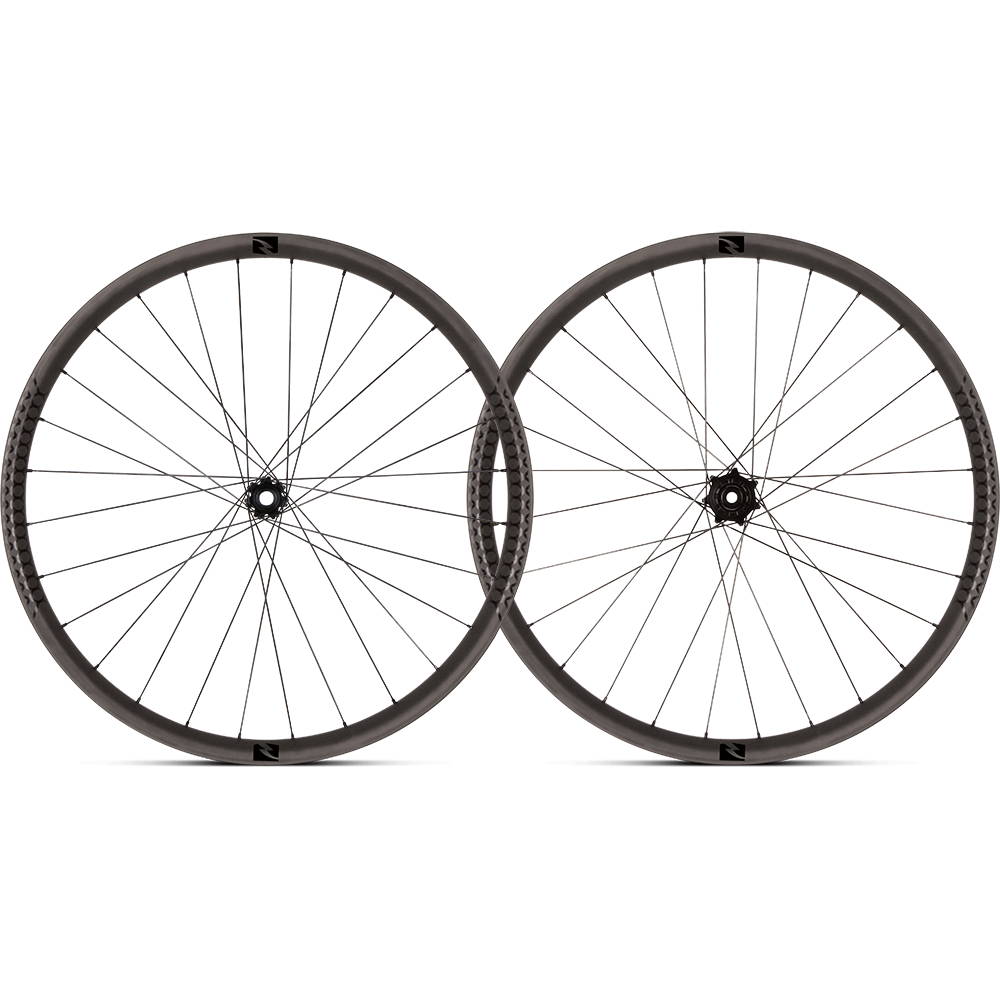